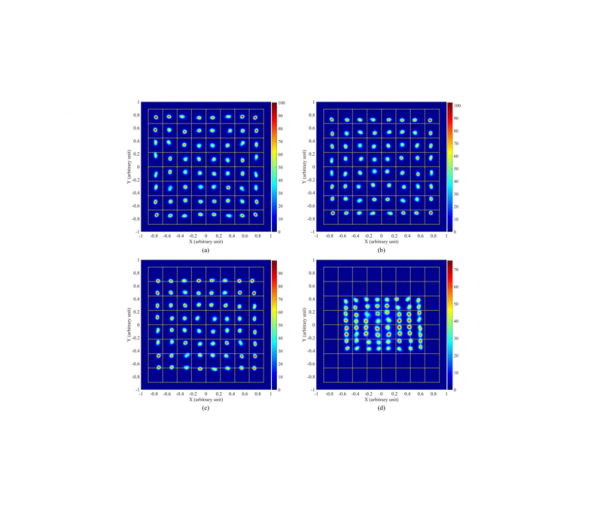 We present an electrical analysis method for a gamma-ray imaging system based on a resistive network readout. Currently, the array numbers of scintillators and detectors in imaging systems are being increased to enhance the spatial resolution, and resistive network-based readout circuits are used to reduce the number of channels. However, a positioning process is required to identify the channel in which the signal has been generated, which causes positional distortion. For position correction, the positioning characteristics must be measured according to the readout circuit conditions. However, due to the scintillator’s radiation, measurement in a single channel is difficult. In this work, a current pulse is modeled to analyze the positional characteristics of different channels. A current pulse generator and an automatic channel-selection circuit are designed to input signals selectively to each channel. When the input signal duration is 1 µs, the maximum amount of charge generated by the current pulse generator is approximately 1000 pC. Position errors of up to 88.47% are generated, depending on the gain of the preamplifier. Our proposed method can be used for the linearity analysis of preamplifiers and image position correction algorithms.